Wedding Awards – The Good, The Bad and the Ugly﻿

You are here:
Uncategorized 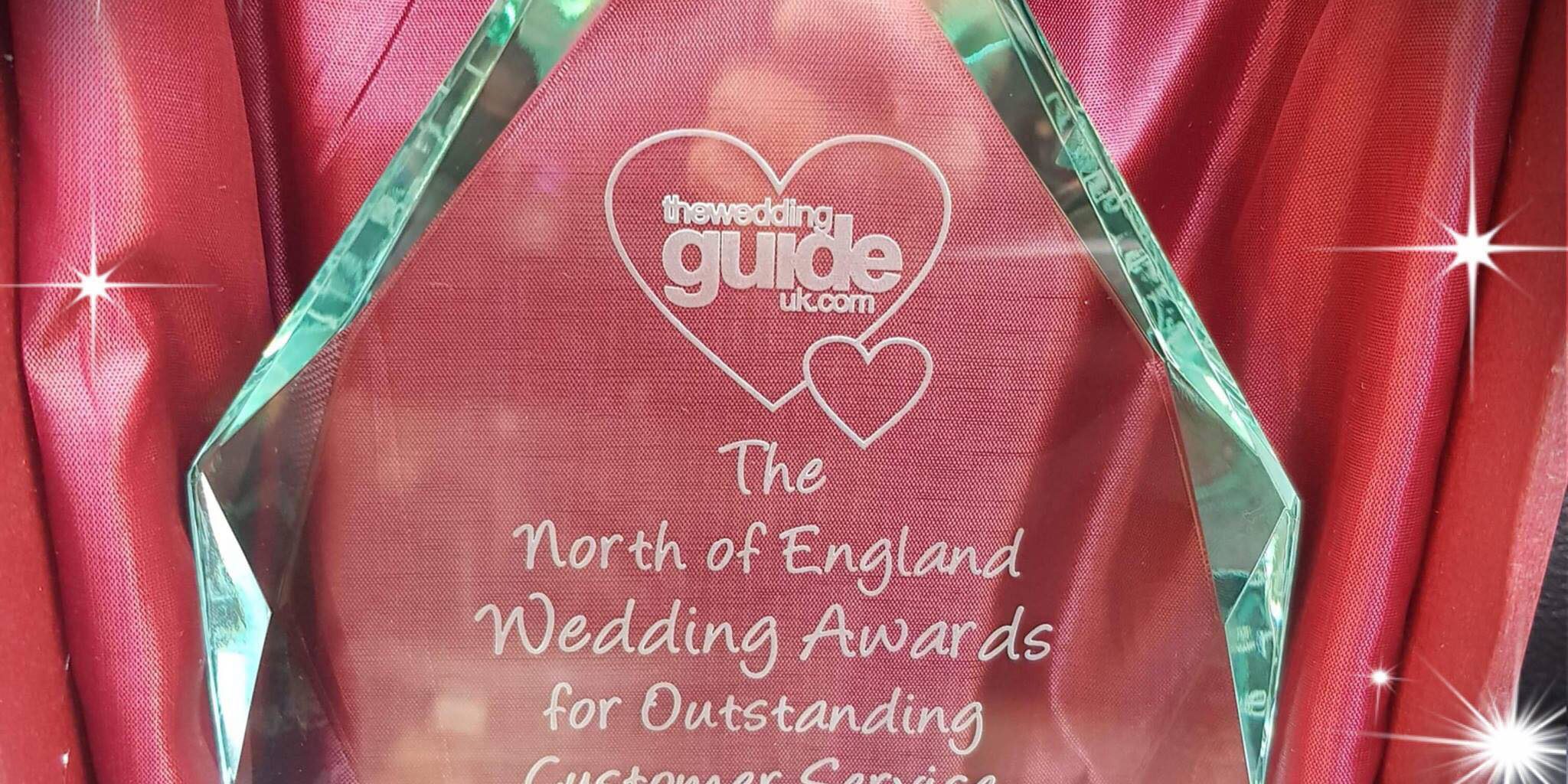 Wedding awards are big news within the industry with a lot of suppliers dreaming of getting their hands on a prestigious award.

BUT things may not be all they seem !

Don’t get us wrong, there are some brilliant wedding awards schemes out there (we have won one of them), however these are often dwarfed by some more questionable awards. Hopefully this blog will give a little more insight.

Let’s start with the positives. We entered the North of England Wedding Awards last year; this was our first time entering any awards and remarkably we won ! We chose to enter this awards without even considering we may have been good enough to win, rather we entered because we read a lot into how the winners were decided and it seemed very fair and anyone can have a chance at winning – it isn’t purely based on how many weddings a company does.

In order to reach the finals you do need a minimum of 4 people voting for you to prove you are a genuine business. After that your scores are added together, then an average score is produced. After that (yes, it is a long process) it goes in front of neutral judges (the judges even come from a different area). The judges then decide who should win based on the feedback received.

Now we think this is as fair as possible.

We must point out that there are other awards schemes following similar strict guidelines who we believe are all worthy awards to win.

Right, we told a little white lie in the last section. We have actually entered another ‘award’ but to be blunt it is so laughable we never publicise the fact we have this ‘award’. In order to gain this award entrants simply have to fill a form in on the internet which takes about 3 minutes – we actually completed the form on our mobile phone whilst waiting to gain access to a venue for a wedding.

That is it !!! – yes, it was as simple as that. 12 hours after completing the form we were informed we were one of the top 3 DJ suppliers in our area. How they know this from a simple contact form is beyond us.

There was (and we think it has been reintroduced) another award scheme in which the ‘winners’ were the ones who gained the most votes. Seems logical ? well, read on !

As mentioned whoever received the most votes won, simple. BUT anyone could vote for you (whether they used their services or not). Also, people could vote every day and each vote counts, people could use different devices – laptop, phone, ipad – and using each item counts as individual votes. So anyone – friends, family, Facebook friends, even the next door neighbours cat – can vote for you every day using multiple devices and the winner is the person with the most votes. We have even had emails from other DJs asking us to vote for them.

We really do not like this part but unfortunately it exists.

Some people are so desperate for an award they will stoop to any level to gain one – whether this be financial gain to you, free services in return for votes or simply fiddling the system. We have heard about people withholding deposits and items until a vote has been cast.

There is also one awards scheme where everyone who enters qualifies for the final. In order to win, all you have to do is attend the (quite pricey) awards ceremony. If you win you get a paper certificate if you don’t you are still a finalist. In return, you pay for an awards night. Let’s think about it from an organisers point of view – get a load of wedding suppliers, desperate for an award, into a room, charge them £xxx to attend and dish out a couple of dozen certificates printed out at home. Now we read this, it is actually good business sense for the organisers BUT a deceiving award we feel.

So, if it is allegedly so easy to gain awards why do we not have a load of them ?

To be blunt we only wish to gain an award if it is a genuine award given for the fantastic service we offer. Anything other than this is pointless to us and misleading to anyone enquiring. We are proud of running a genuine business with great success and happy couples.

Another reason is down to you, our past customers. We live in the real world and understand that voting for a supplier will not be high on your list of priorities. We have chosen ONE GOOD award to try for, which means we only ask people to vote for us once – that is it. If we entered multiple awards you would be forever getting emails etc from us asking for votes, that just isn’t us and the way we like to work.

If you are looking for a great wedding supplier and see one with loads of alleged awards, look a little deeper into it and whether they are genuine.

So, is your award the only one worth winning ?

NO – there are some great awards schemes out there who follow very strict guidelines and are worthy of entering and trying to win.

As mentioned though, we don’t want to hassle people so have chosen one awards scheme to enter and leave it at that.

So why do suppliers try to deceive people ?

The million dollar question and we do not know the answer. Winning the award last year has made no difference to our business whatsoever. For us, the main benefit was realising that people did think what we do was great and reading the feedback left for us was truly humbling.

The actual award (or even winning for that matter) doesn’t make any difference to ourselves. Yeah, yeah, everyone says that, but we really mean it – what mattered to us was that people actually took the time to vote for us and left some great feedback – all that matters is that we know people love the service we provide !

BEFORE BELIEVING WHAT YOU READ, DO A LITTLE RESEARCH AND CHECK JUST HOW GENUINE THAT AWARD REALLY IS !

Category: UncategorizedBy ultimateJune 10, 2019
Tags: bestdiscofeedbackprestigiouswinner
Share this article
Share with FacebookShare with TwitterShare with PinterestShare with LinkedInShare with Google+Share with WhatsApp

Wedding Award Feedback
March 17, 2019
OFFICIALLY RECOMMENDED BY CRATHORNE HALL AS THEIR WEDDING DJ & DISCO SUPPLIER
July 16, 2018
SPICE UP A WEDDING BY HIRING A PROFESSIONAL WEDDING DJ
July 16, 2018
ACKLAM HALL – A STUNNING VENUE FOR A BEAUTIFUL WEDDING
July 16, 2018
WHY THE ULTIMATE WEDDING DJ ARE THE PERFECT CHOICE FOR YOUR WEDDING AT RUDBY HALL.
July 16, 2018
Go to Top